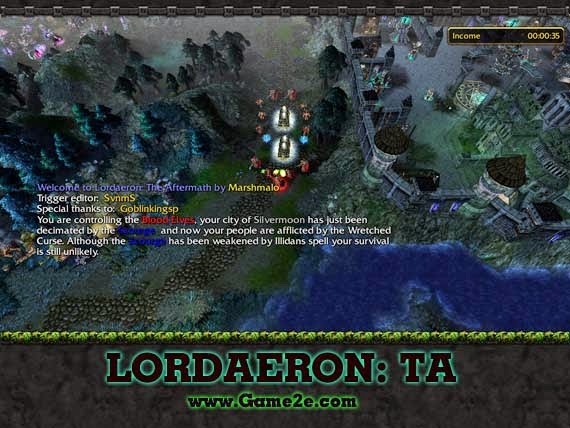 Lordaeron: The Aftermath Created by Marshmalo
AKA: Lordaeron TA​

Description:
Set just after the events of Reign of Chaos, from the depths of Dalaran dungeons Lord Illidan has cast his spell damaging the Frozen Throne. As the Lich Kings power leaks, his hold over his undead minions wains, Sylvanas and her newly awakened Forsaken make an uneasy pact with the Dreadlord brothers, as the human and Dwarf survivors battle desperately to take back their old homeland. While the Blood elves, now suffering the effects of the Sunwells destruction seek out desperate ways to feed their magical addition.

Sensing the weakness of the human and undead factions across Lordaeron, the Troll empires rise up once again in a bid to regain their former power while the small Horde presence follows Thrall orders all the way from Kalimdor.

But to the South the embattled Dragonmaw Clan plans its next move, in a bid to gain some of their former power. 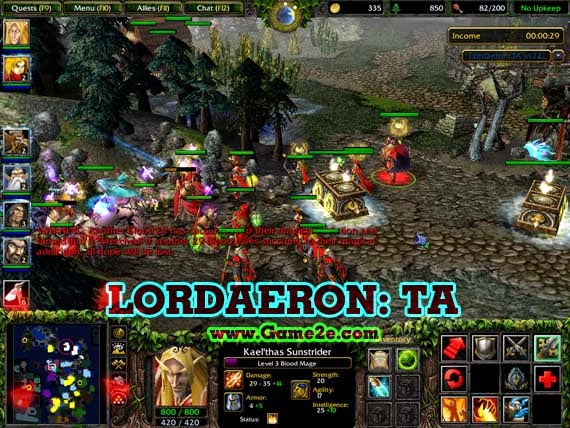 Features:
This map centers on the conflicts across Northern and Southern Lordaeron during the events of the Frozen Throne Campaign to WoW Cataclysm. Players control one of many factions and must lead their organisation to domination or defeat. Each faction has many events that can be triggered to progress the individual story lines throughout the map.

The income system is Control Point based and has a similar play style to Azeroth Wars, however L:TA offers enough unique differences to stand on it’s own as a map.

I have been playing Azeroth Wars for years but despite the many updates I grew tired of the map and the predictability of playing it, there seemed to be one style and tactic to each faction. I created L:TA in the hope of making a highly unpredictable and faster paced game. Each faction has many bases scattered across the map and each player must decide which to defend and which to sacrifice as well as number of factional paths to take, adding an extra level of unpredictability and replayablity.