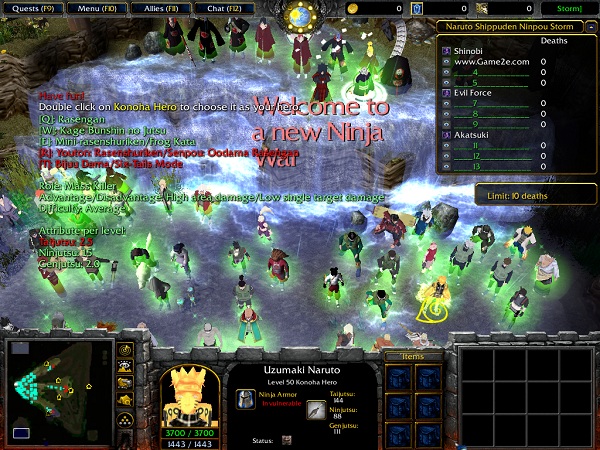 – Suigetsu: Now he drags nearby enemies while in his ult form

– Sasori: Cooldown of Satetsu Kaiho decreased from 30s to 20s

– Sasori: Decreased duration of Performance of a Hundred Puppets from 60s to 40s

– Rock Lee: He can now move while casting Konoha Senpu

– Guren: Removed silence on her semi, but now she can move on her D

– Samehada Sword, Triple-Bladed Scythe and Akatsuki Set can now be droped (but not sold)

– Price of Samehada Sword and Triple-Bladed Scythe increased from 6000 to 8000 and 9000, respectively 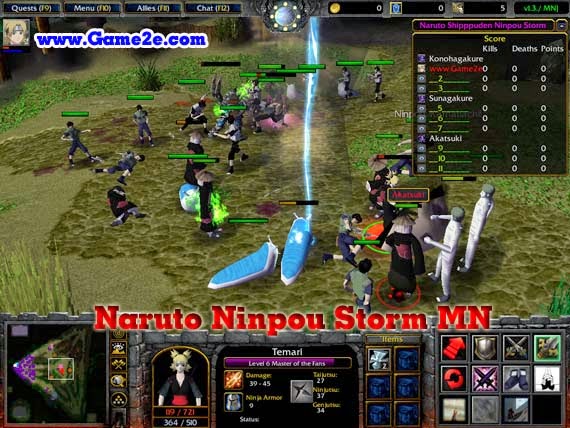 Naruto Ninpou Storm is an AoS map based on Naruto. Play with more than 60 characters and over 200 items. Pick your hero and fight in the fourth ninja war!